to the home of Mounds View Softball! Join us on Social Media! Click on the links below!

Fall League provides an opportunity for your players to learn about the game and gain experience-playing fastpitch.  Because of fall weather conditions, all games are rain or shine decision to play is made at the fields by the 2 coaches and umpires in agreement, (please don't email or call) 1/2 hour delay if lightning is present, all games will be scheduled for 1 hour and 5 minutes- allowing for the last inning to be completed, and one inning of international tiebreaker if the game is tied.  Free substitution and round robin batting is mandatory.  5 runs per inning rule during 3-week league play for 10U, 12U with 10U keeping the rule the entire season.

Each team plays two games each Sunday against different opponents.  Game times are either 12:00 and 1:30 or 3:00 and 4:30.  There may be occurrences your team is split between times if a location has an off number of teams or fields to use. Registration fee is $70.

Unfortunately no news yet regarding our softball season.  We are continuing to plan for having a season and getting our updates from MN Softball.  We will update this site when we get any significant information.

Chippewa and Complete Game are both closed so no training activities or 10/12U evaluations in March.

There has been no decision at this time regarding the softball season. We are taking direction from Tri County Fastpitch and will keep you apprised of decisions as we learn them.

We are currently delaying the release of the jersey order to the manufacturer for at least 1 week. We hope to get more clarity regarding the season and can then decide to move forward with the bulk order or cancel.

May 15 Back to the Diamond Update

Former MVSA player and former Gustavus softball player Sara Medved Smude was inducted into the Minnesota Softball Coaches Hall of Fame on Thursday, February 5, 2009 in St. Cloud, Minnesota. Smude was a pitcher for the Gusties from 2002 until 2004.

Sara grew up in Shoreview, Minnesota and was inducted for her success as a pitcher at Totino-Grace High School from 1997-2000. During her standout years at Totino-Grace, Smude was a four-time All-Conference, All-Region, and team MVP performer, as well as earning All-Metro and All-State honors in both her junior and senior seasons. She played on three conference championship teams and the 1999 squad finished third at the State Tournament where Smude was selected to the All-State Tournament Team.  As a pitcher, she holds several school records including a streak of 67 consecutive scoreless innings pitched. She compiled a high school record of 71 victories and 773 strikeouts. In addition, Sara recorded 29 complete game shutouts in her junior and senior seasons.

While at Gustavus, she was a three-year starter on the mound and in the field and helped the 2003 squad win the MIAC Championship with a record of  21-1.
A leader on and off the field, Sara graduated with honors from Gustavus Adolphus College, received her Masters of Health Administration from the University of Minnesota and is currently Operations Manager, Medicine Specialties at HealthPartners Medical Group. Last summer she married her high school sweat heart and they are living in New Hope, Minnesota.

MVSA player Rose Tusa's performance went into the Class AA State Tournament record books while pitching for St. Anthony Village High School. Rose set two records, tied a third, and will be added to the list of pitchers to throw a one-hitter.

Tusa's strikeouts in the championship game broke the record for most strikeouts in an extra-inning game. She also set a new team mark for fewest walks in a tournament with zero, and added her name to the list of pitchers to not walk a batter in three games in one tournament.

Rose was named to the Class AA All-Tournament team. She plays for the MVSA 18U Mustangs. Way to go!

Congratulations, Katie Kruse!  Former MVSA player and pitcher for Mounds View High School, Katie tried out for Mankato State's softball team as a walk-on.  She was named to the team, and the coaches cited her work ethic and strong skills as the reasons for selecting her.  Katie spent her entire softball "career" with MVSA.  Katie, we are so proud of you!

Five MVSA players have been named to the Pioneer Press All-State Softball Teams. They are:

We are having a hard time keeping up with all the honors being given to our high school age players! WOW! Keep up the good work.

Rose Tusa (pitcher), Sammie Howard (second base), and Erin Bennek (short stop) have been named to the Star Tribune's All-Metro Softball Team (first team). All three girls play on MVSA 18U teams. It's amazing to have three players from one association on this team! Congratulations to Rose, Sammie, and Erin.

Junior pitcher Rose Tusa made history at St. Anthony Village High School when she threw the first perfect game ever by a St. Anthony player. Tusa struck out 17 batters and relied on the Huskies' defense for the other four outs (including her sister, Jyl, who fielded a sharply-hit ball at first base). Rose will be playing this season on MVSA's 18U Mustangs team. Congratulations, Rose - we are proud of you!

Brenna Healy, first-year third baseman for the Hamline Pipers, was named to the MIAC All-Tournament Team on May 7. Healy went 2-for-4 at the plate with two walks in the Pipers' two tournament games. Her .667 on base percentage was second-best in the tournament. Brenna is a member of MVSA's 18U Diamond Devils team, and has played for MVSA since she was 8 years old.

The prestigious Athena Awards are presented annually to one female athlete in her senior year at each public and private area high school. This year, two members of the MVSA's 18U Diamond Devils team received the award: Sammie Howard of Mounds View High School, and Erin Bennek of Totino-Grace. Sammie plays second base for the Mustangs, while Erin is short stop for the Eagles. Sammie will attend the University of Minnesota on a softball scholarship; Erin has yet to decide which college she will attend in the fall.

New Jerseys for the 2021 Season

New Jerseys for the 2021 Season

ALL Players MUST order new Jerseys for this upcoming year (these will be used for at least two years).

Come and see what size is best you TONIGHT at our try on Events!

You do not need to come to a fitting, You can order on line.

There are Child/Youth/Adult sizes/options to choose from.

All will be the "crew neck" style. 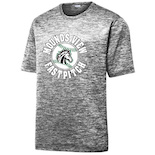 -New Jerseys (for games - teams will pick which shirt to wear to each game.)

-Socks  (Coaches/teams will decide what those will look like)

-Helmet with a face shield 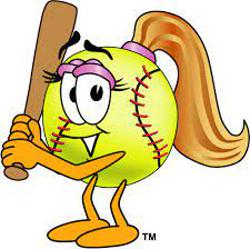 Welcome to 8U Softball Program - Where it all begins!

8U For 2021 will be a local Coach Pitch league with Centennial and White Bear Lake.

This is a great way to introduce the girls to the game of fastpitch using the same rules as 10U fastpitch – striking out, 3 outs an inning, etc. However, there is no stealing, no leading off, and no walks. Like 10/12U Fastpitch, there will be travel to other local associations.  Coaches focus on the fundamentals of softball:  throwing, catching, hitting, and base running.

There are no tryouts for 8U. Girls 7 or 8 years old on December 31st of the previous year are eligible to play.

-Bring a bat, gloves, face mask and helmet (every time)

-Bring Hand Sanitizer for your daughter

-Bathrooms will be open, however, only one girl in at a time

Each 8u girl will be required to purchase a new shirt/jersey before the season begins. You will need to know your jersey number. If you have not received one yet, let me know.  Jerseys will cost about $20.00

What to wear to PRACTICES?

-T-shirt , Back pants (Softball or leggings) or shorts & Cleats or Tennis shoes

What to wear to GAMES?

-If your daughter has long hair, please have her put it in a ponytail or something to keep it out of her face while playing.

Most games will be held in Lexington MN on Tuesdays and Thursday Nights.  Games will begin the first week in May. 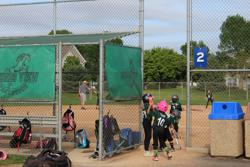 5 Weekends: All Games at Lexington Fields

Other teams in our league include Mahtomedi, WBL, Centennial, Soderville & Forest Lake

Take your Softball to the next level with Optimized Training!

The dates are set

The links are up

We are ready to rock this winter!

Optimize is super excited to be hosting softball specific clinics this Winter.

Don’t miss your chance to train with Abby Rehberger at her world class training facility in Blaine, MN.

Optimize will host an 8-week 14-18U all skills clinic starting January 2nd. Emphasis on 1-hour hitting and 1-hour defense. Limited to 20 athletes, so sign up early to secure your spot

We invite all players, coaches, and families to join MVSA Fastpitch at a University of Minnesota Women’s Gophers softball game!

-To purchase your tickets to the game, please Venmo your total ($9 per ticket) to the MVSA Venmo account: @MVSA_Fastpitch.

-Then email a screenshot of your completed Venmo to hannahwassink@gmail.com, confirming the number of tickets you would like to purchase.

The deadline to purchase tickets with MVSA is SATURDAY, April 16th at MIDNIGHT.

-Hannah Wassink will email you your tickets before the April 23rd game, all tickets are general admission.

If we reach 45 tickets, all players with MVSA will be allowed on the field for a post-game photo and to run the bases.

Additionally, all players in 6th grade and younger are allowed on the field to be “Anthem Buddies” with the Women’s Gophers Softball Team.

Due to strict recruiting guidelines, 7th grade and older are NOT ALLOWED on the field during the Anthem Buddies portion but can join for post-game activities.

For any questions or to arrange an alternative payment to Venmo, please contact Hannah Wassink at hannahwassink@gmail.com.

We have gym time available through March for players to get out of the house and practice their softball skills.  MVSA board president Mike Robertson will be on site to help with skill development.  Special emphasis on beginning pitching and catching for our younger players.  Players will need to be accompanied by an adult.  Balls, hitting nets and tees will be available.

No need to pre-register, just show up and get some work in.

HOSTED BY: MVSA Board and Coaches

We expanded the time for each age group to allow for more flexibility for the athlete and family.  It is our expectation that an athlete will attend for one hour within the two hour window.  Sessions will be focused primarily on hitting.

8u families - we would like to open to 8u as well, but we need 8u coaches and/or parents to lead hitting stations.  Please contact a board member if you are able to assist.

Take your Softball to the next level with Optimized Training!

The dates are set

The links are up

We are ready to rock this winter!

Optimize is super excited to be hosting softball specific clinics this Winter.

Don’t miss your chance to train with Abby Rehberger at her world class training facility in Blaine, MN.

Optimize will host an 8-week 14-18U all skills clinic starting January 2nd. Emphasis on 1-hour hitting and 1-hour defense. Limited to 20 athletes, so sign up early to secure your spot